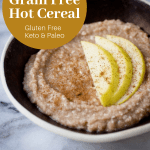 Paleo oatmeal: does that sound like a contradiction in terms to you? It’s not! There are no grains in this recipe; just a hearty, warming bowl of faux-tmeal (<– get it?) bursting with warm fall flavors of apples and cinnamon! 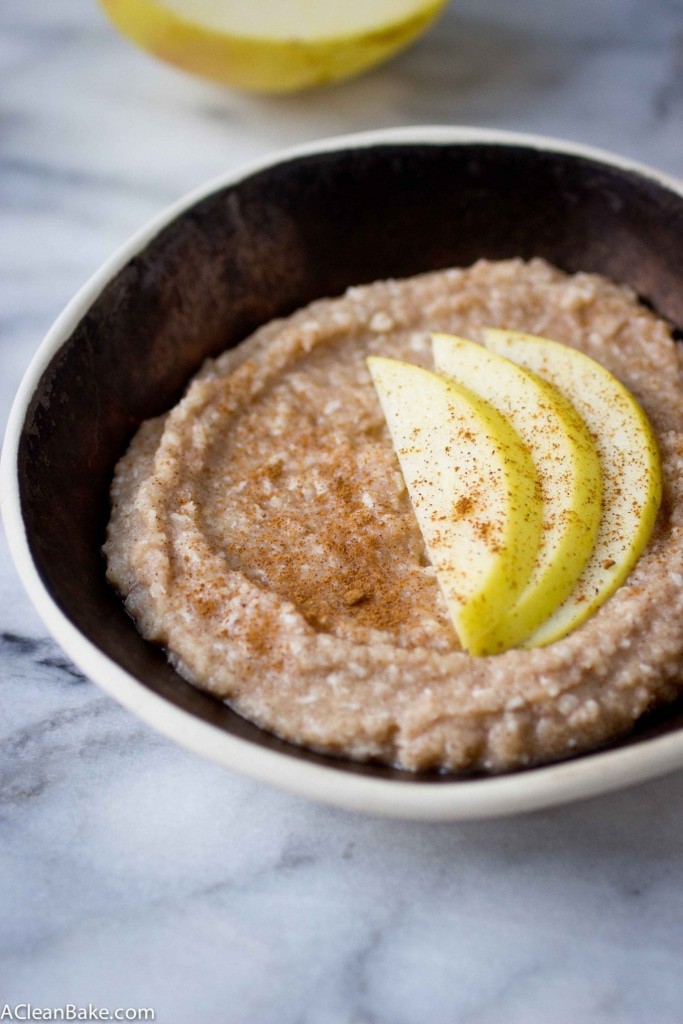 You may be wondering why this variation of grain free hot cereal merits an entire new post, instead of just a list of possible add-ins and variations on the original version.

Well, the short answer is that I thought about doing that but it turns out it’s not that simple since the applesauce adds more moisture, that then has to be compensated for by adjusting the other ingredients, so – wait. That’s the long answer. You get the point. 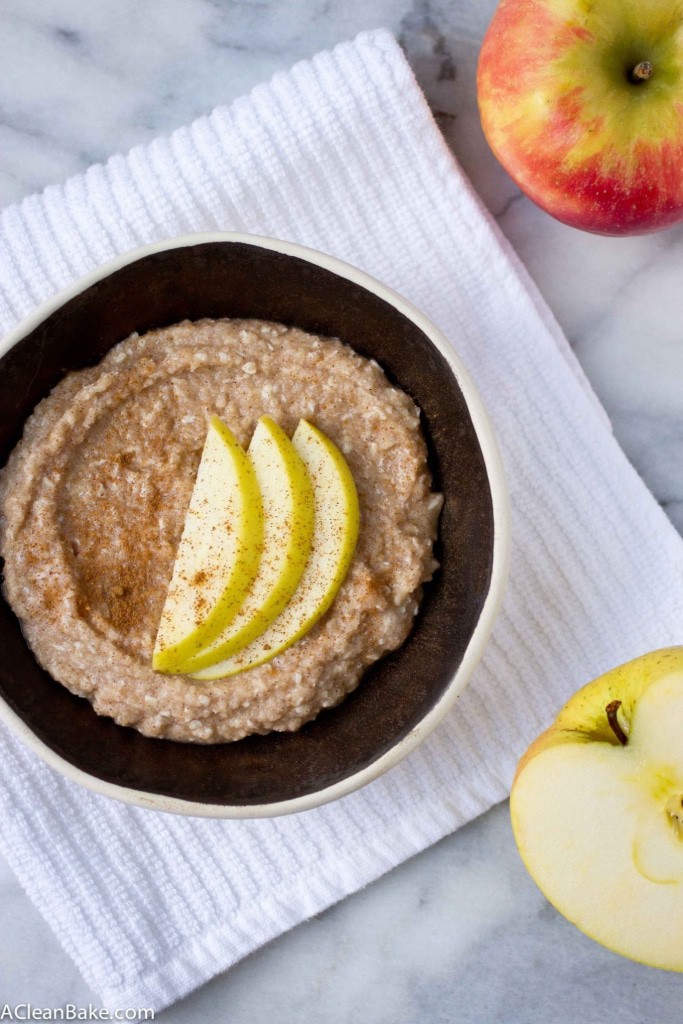 Ultimately, I just want you to know that, like most things in life, while the plain “vanilla” version of yesterday’s grain free hot cereal is really good, there are lots of ways to spice it up and make it your own. I went with apple cinnamon because it befits the season, but you can really use any sort of sauce or puree in its place.

Because this paleo oatmeal accounts for the additional moisture already, that means you can add and kind of flavor puree – try pumpkin! – and any spice you like – maybe pumpkin pie spice instead of the cinnamon? – to make it whatever you’re in the mood for.

Wait, did I just tell you how to make a variation on the variation? I think I have flavor ADD – I’m always thinking of how to make a dish bigger, better, and tastier.

But the thing is that this apple cinnamon version is big enough, good enough, and more than tasty enough, so if it ain’t broke…well, just try it and let me know what you think!