Dairy Free
Gluten Free
Paleo
Jump to Recipe
Gluten free pecan tart is like a more delicate version of a pecan pie. Use a fluted tart pan to make an elegant crust, fill it with rich, naturally sweetened molasses-y filling, and top with a beautiful array of pecan halves. No one will be able to resist a slice! 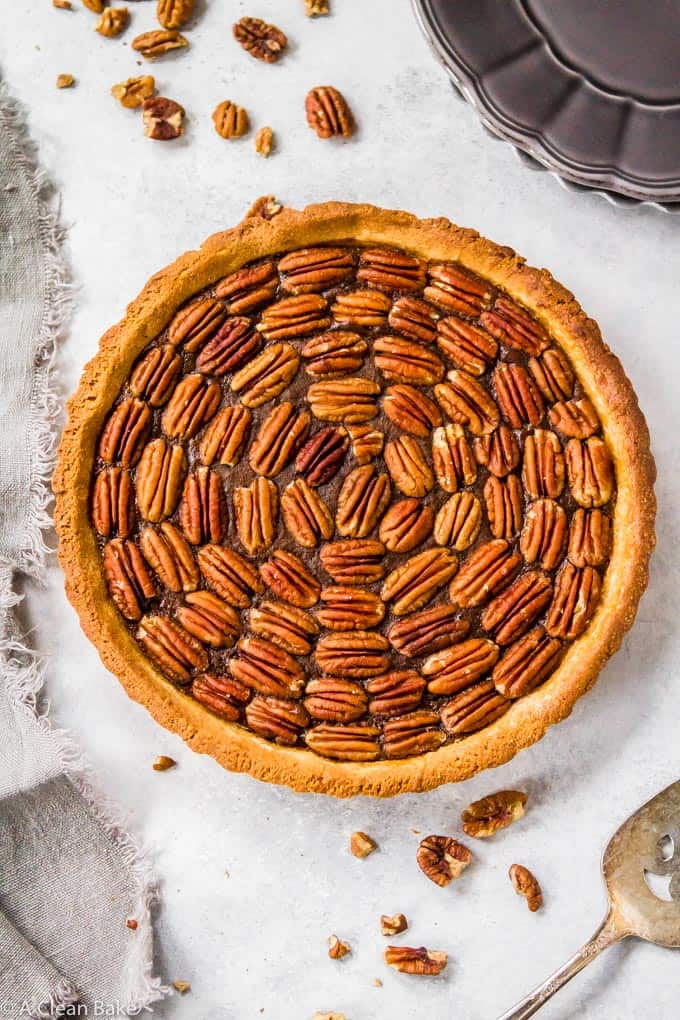 If this recipe sounds familiar, it’s because it’s a long-overdue update to an older recipe on this site that has always been good, but is now great. I tweaked the recipe a bit, and updated the pictures.

But the basic idea – a soft crust filled with a rich, deeply sweet (thanks to dates and molasses) filling, and a crunchy topper of raw pecans – remains. You know what they say about things that aren’t broken… 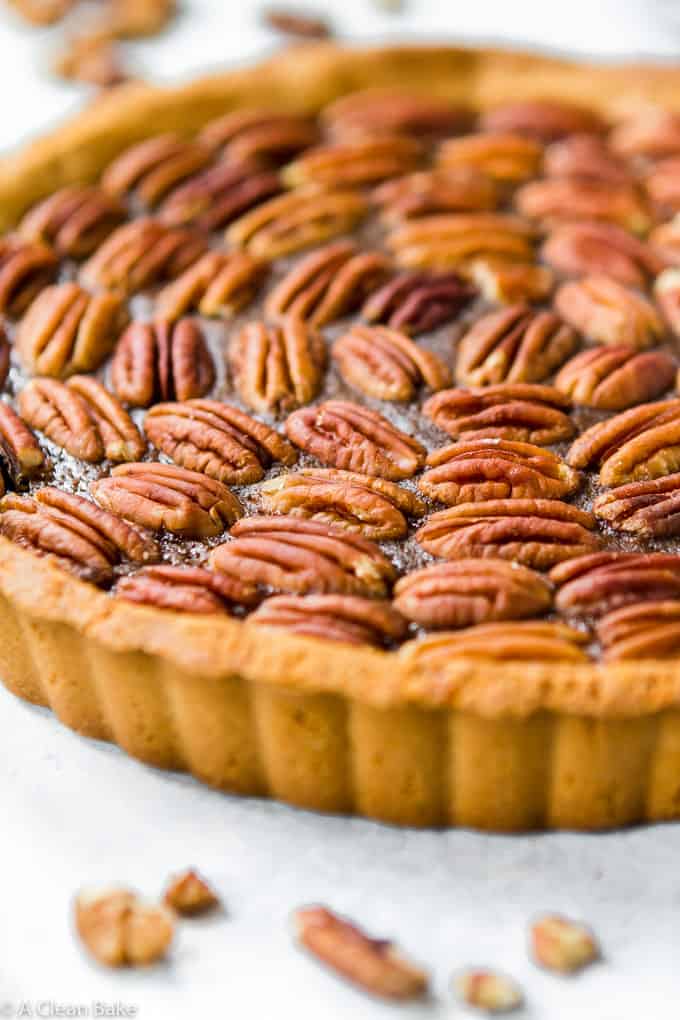 When I first posted this tart, in 2014, I was embarking on my first holiday season as newlywed. We’d just gotten married and then returned from our “minimoon“, as the kids call it, in Puerto Rico, where it rained nearly the whole time, but we didn’t care, because it just meant an excuse to nap and watch Law and Order.

Ooh, remember the days when you could nap, and watch TV in the afternoon? (Me either.) 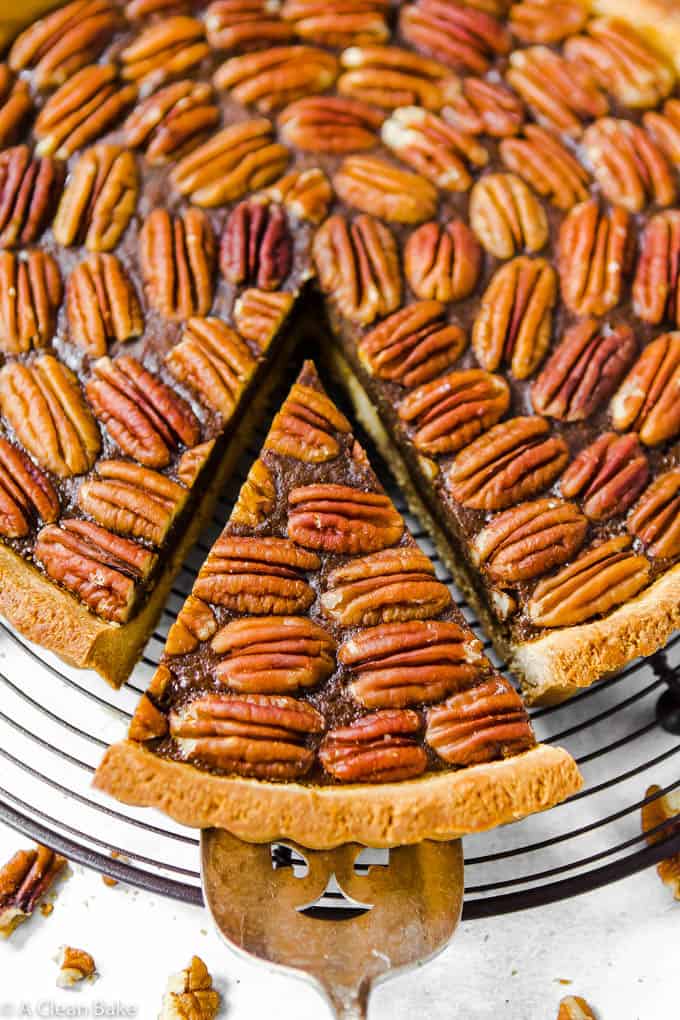 Despite the rain, being anywhere warm, for any amount of time, during the 6-8 months of the year when Chicago makes leaving your house nothing short of pure misery, was wonderful.

To return to the single digit temperatures was a rude awakening to begin with and then – don’t ask my why I remember this – there was some kind of freak accident-slash-planned-maintenance-that-they-forgot-to-warn-us-about with the gas lines that resulted in no heat or hot water for almost 24 hours.

Delightful! Or, as I said, back then:

“…for someone who likes baking with a gas stove or, you know, generally not dying of exposure, it was kind of a bummer.” 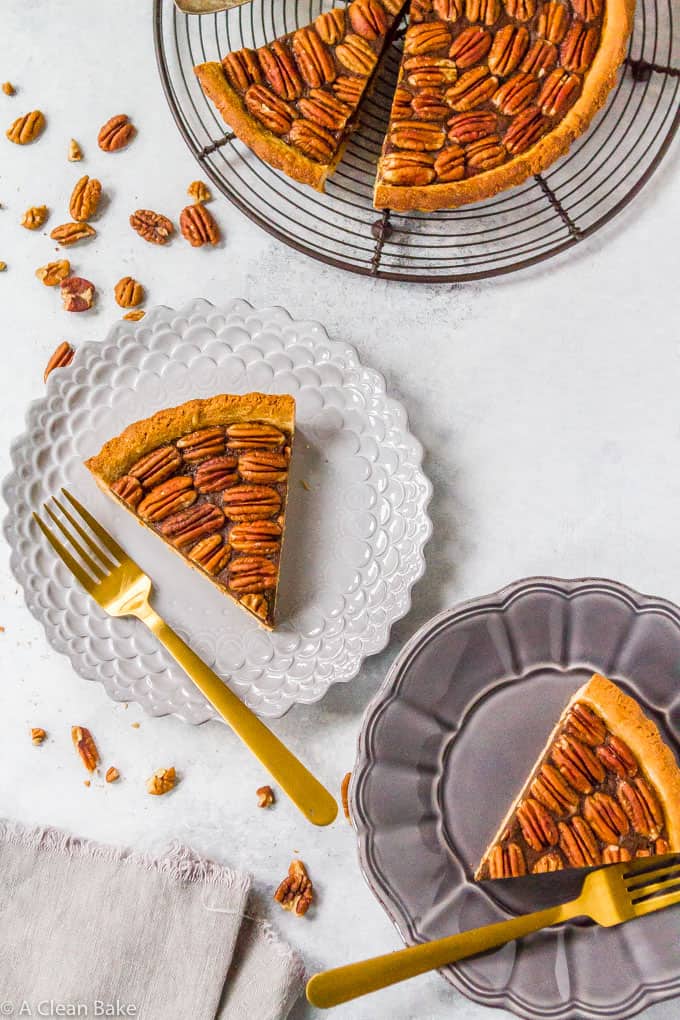 I had made this tart before the house started to sprout icicles inside (KIDDING. Mostly.) and used the lack of heat as an excuse to eat practically the whole thing. To stay warm, of course.

This year, it’s less chilly, and we have a working furnace (thank goodness), but I can assure you: this tart tastes just as good in normal, sane temperatures as it does when you’re huddled under an electric blanket with your laptop perched on your lap (as much for the warmth of the machine as to get some work done), and two hoodies on. 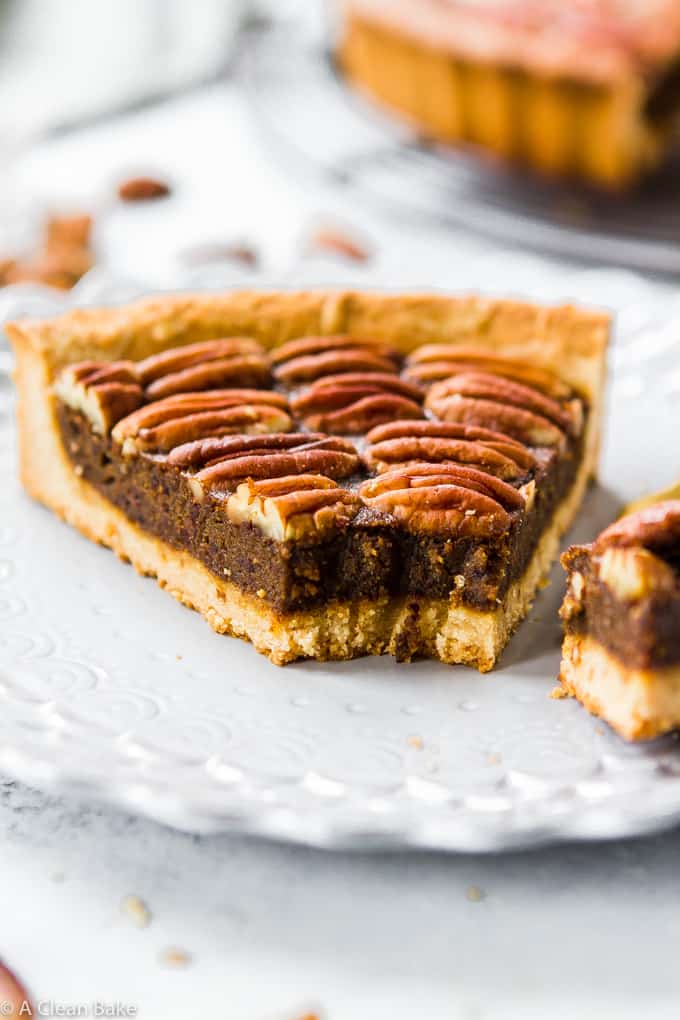 We enjoyed this tart this year after a (toasty warm) Thanksgiving dinner, and I must say, it was kind of one of the highlights for me.

I think I described this gluten free pecan tart best in a single word in my original post: creamysilkysweetbutnottoosweetmildlycaramelydeeprichperfection.

You know what I’m saying. 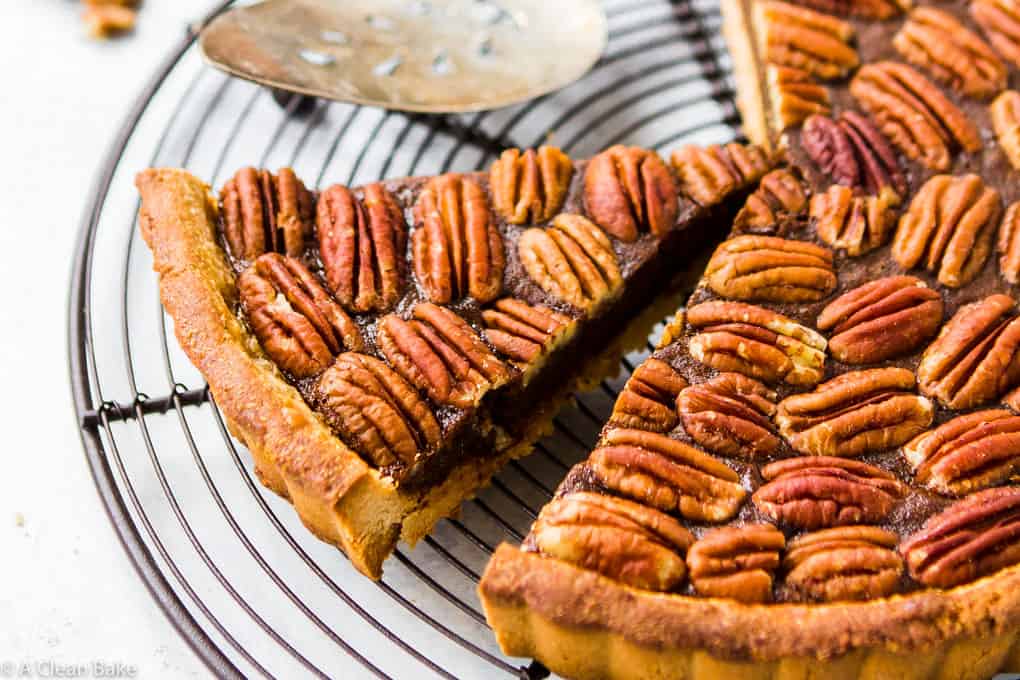