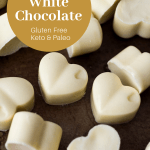 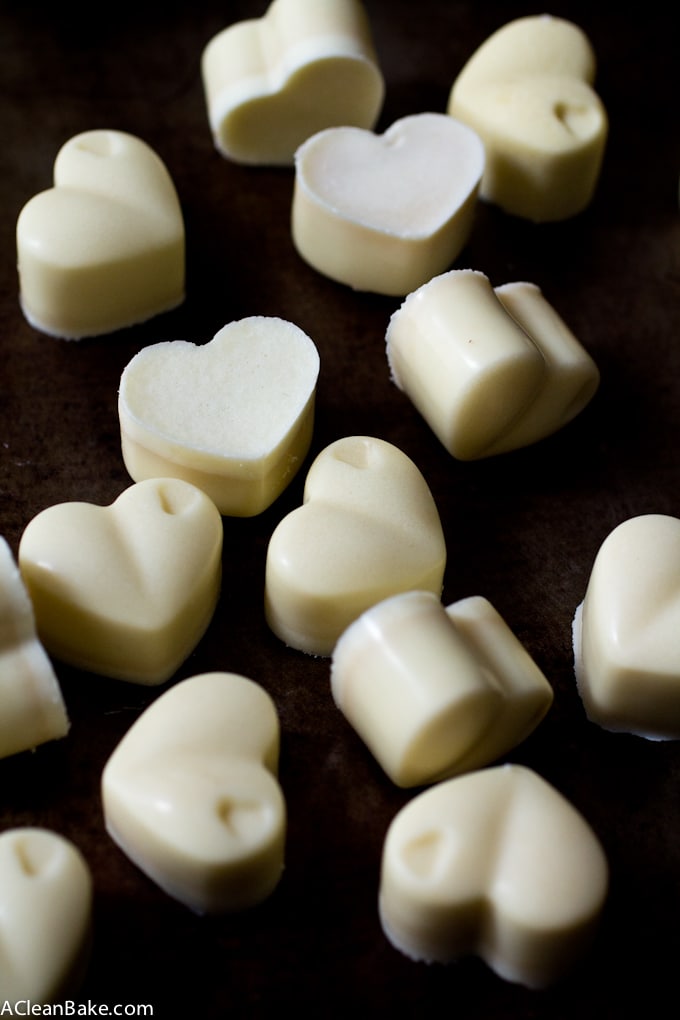 This one has been on the agenda for a long, long time, but I could never quite get it right. For the longest time, I tried to make it like the homemade (sugar free) dark chocolate – which is to say, dairy free, made with coconut oil, sweetener and a flavor, but the absorbent, bonding quality that cocoa powder served as in the dark chocolate was more important than I anticipated.

When it came time to figure out sugar free white chocolate, I tried to combine coconut oil and cocoa butter as the base (cocoa butter is the base of all white chocolate; white chocolate doesn’t actually include any chocolate), but that produced a really hard brick of fat that would probably have served very well as some kind of moisturizer. But not as food.

The secret ingredient, as it turns out, is milk powder. My sincerest apologies to those with a lactose allergy and/or my vegan readers, but I promise you I did my absolute best to find a way to make this without either powdered (cane) sugar or milk powder. It turns out it is one or the other. So milk powder it was. It’s a bit of an unusual ingredient, but it is worth tracking down. I used Now Foods organic nonfat milk powder, which you can get online. You can probably use full fat milk powder instead, if you can find it. 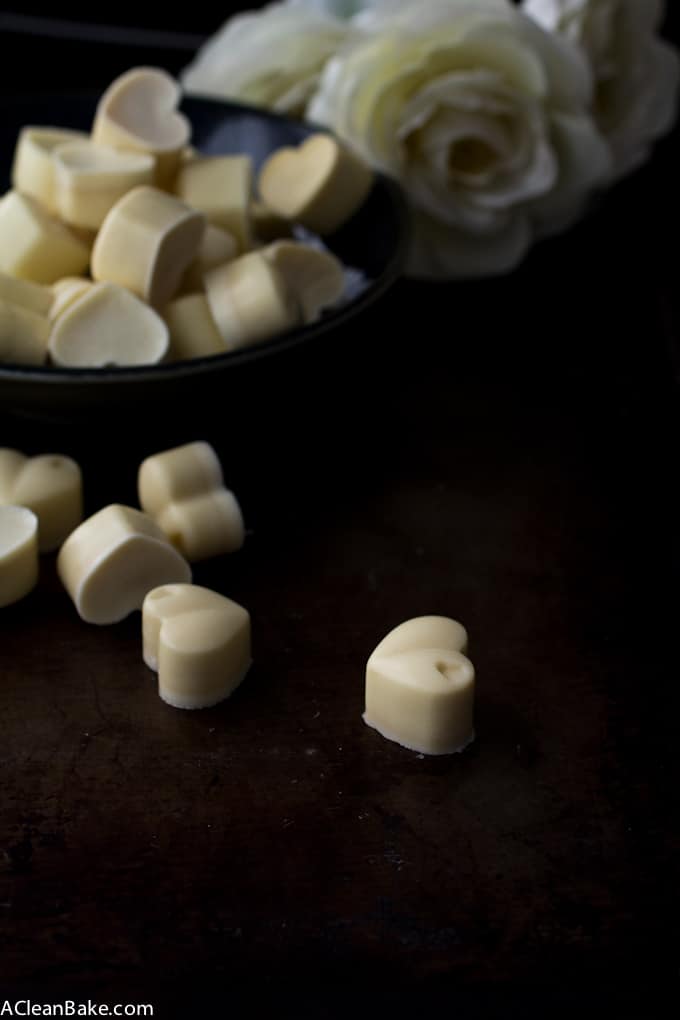 I know I’m not alone when I complain that most commercial white chocolate is sickeningly sweet, so I made a point to use the bare minimum of sweetener in this one. Feel free to reduce the sweetener, but don’t increase the granulated sweetener – I can’t explain it precisely, but the fat will only suspend so much granulated sweetener and 2-3 Tablespoons seems to be the limit – so if you want it sweeter, you may want to use drops of liquid stevia to sweeten the chocolate instead.

Also, the finer your granulated sweetener, the better it dissolves. I used my trusty Norbu, the grains of which are a little larger than is ideal for this recipe, so I pulsed mine in the food processor several times so that it would distribute more evenly throughout the chocolate, rather than gathering in a gritty mass at the bottom of each chocolate. (There is still going to be a little bit of separation in some of the chocolates near the end of the batch, but if you stir periodically as you’re pouring the chocolate, that helps minimize the effect.) 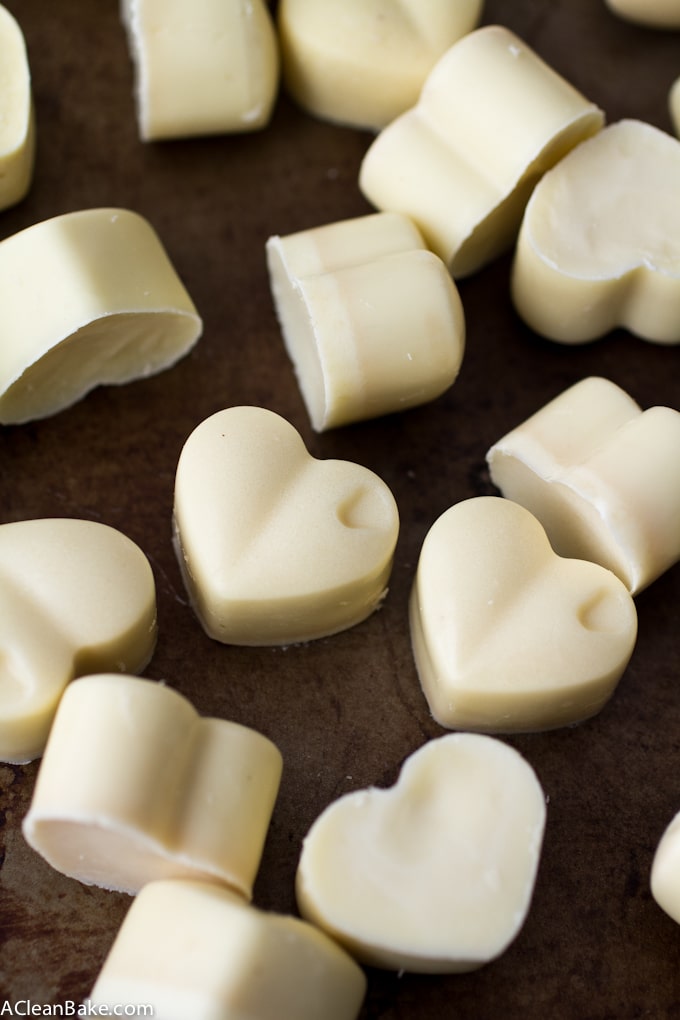 Because this chocolate is so pure, and contains no emulsifiers or gums to hold its shape, you have to freeze it before you bake with it. Take it out of the freezer immediately before folding it into the batter, then pop whatever you’re baking in the oven immediately. Freezing it gives the chocolate a snowball’s chance in hell (literally) of holding its shape during the baking process, because it will take longer to heat up to its melting point (ideally, it will take longer to get to its melting point than it will be in the oven, preventing it from liquefying and absorbing into the batter). Plus, if you want to drizzle some white chocolate on top of a cookie, or give a thoughtful homemade gift to your white chocolate-loving BAE (<— non-millennial translation: significant other), or for yourself (totally acceptable BAE), this is the stuff!

To make this recipe into homemade chocolate chunks:

Thank you to Now Foods  for providing the ingredients that inspired this delicious recipe. This post contains affiliate links, which means that if you click through and purchase a product, A Clean Bake receives a small commission, which goes toward continuing to bring you delicious, healthy recipes every week. This does not affect the price you pay. Thanks for supporting A Clean Bake!