Grain free stuffing is exactly what you need to complete your paleo Thanksgiving table! It’s made with my grain free sandwich bread (low carb blender version here). With the crispy top and the soft, moist interior that you expect from a stuffing, it is just as satisfying as the “real” thing.

I wasn’t sure if I was going to get this recipe in under the wire but my new oven was installed just in the nick of time. Aren’t we excited? Or is just The Royal We (i.e. me) excited? Don’t answer that.

Back to the urgent matter at hand: although I’m sure you have probably already planned most of your Thanksgiving menu, if there is any wiggle room at all, you really, really have to at least consider putting this grain free stuffing on the table. 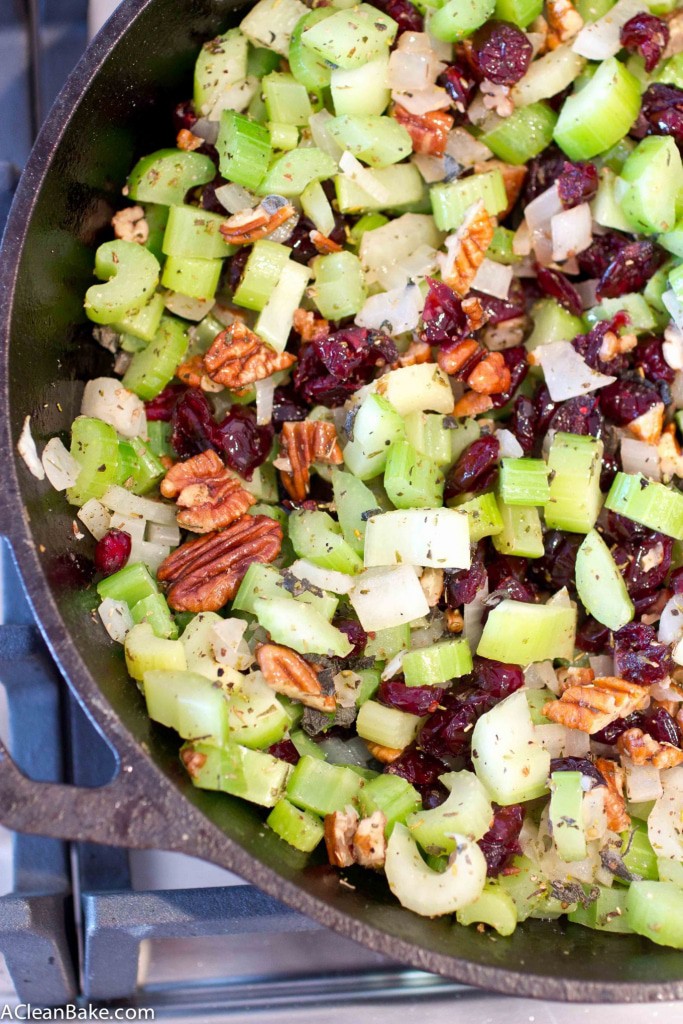 Actually, I recently learned that this dish is technically grain free dressing, not grain free stuffing. I always thought the different names were due to regional colloquialisms or something, but it turns out there is actually a true difference: if it’s not stuffed inside a bird, it isn’t stuffing. It’s dressing. MIND: BLOWN. Right?

Regardless of what you call it, or stuff it in – a bird or a pan – or dress with it, or whatever, this recipe is so easy to make. It doesn’t require a million different ingredients, or tedious mixing of herbs and spices. All you need is salt, pepper and herbs de Provence spice mix (which I know you already have on hand from this recipe and this one) and you’re good to go. 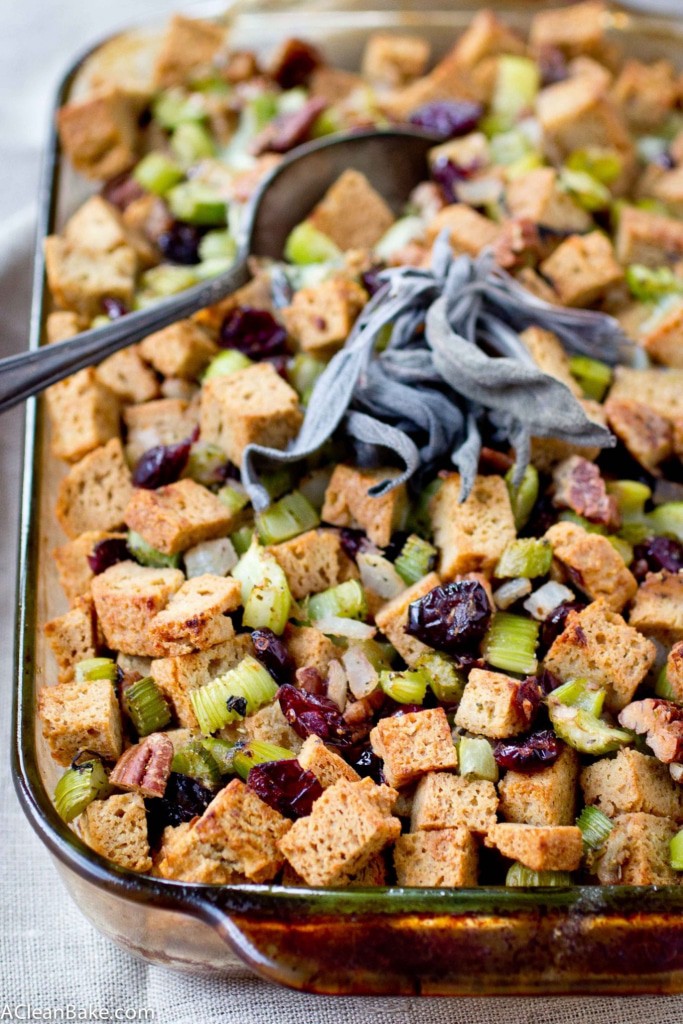 This recipe can also be adapted so many ways: 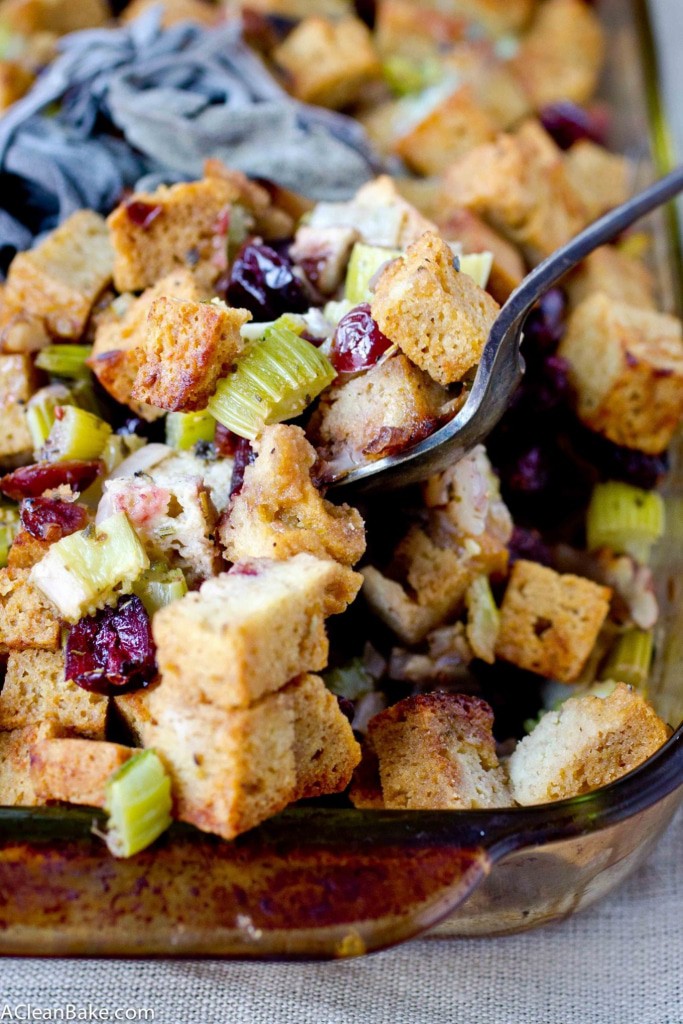 You can save some time by making the loaf of bread in advance, or make the whole thing in advance (keep it tightly wrapped in plastic in the refrigerator), and then warm it in the oven covered in tinfoil. Er, remove the plastic wrap first – but you already knew that. I only mention it because there is nothing worse than absentmindedly melting a layer of plastic on top of a mouthwatering dish of Thanksgiving stuffing. Unless, of course, you have a backup pan of dressing. 😉 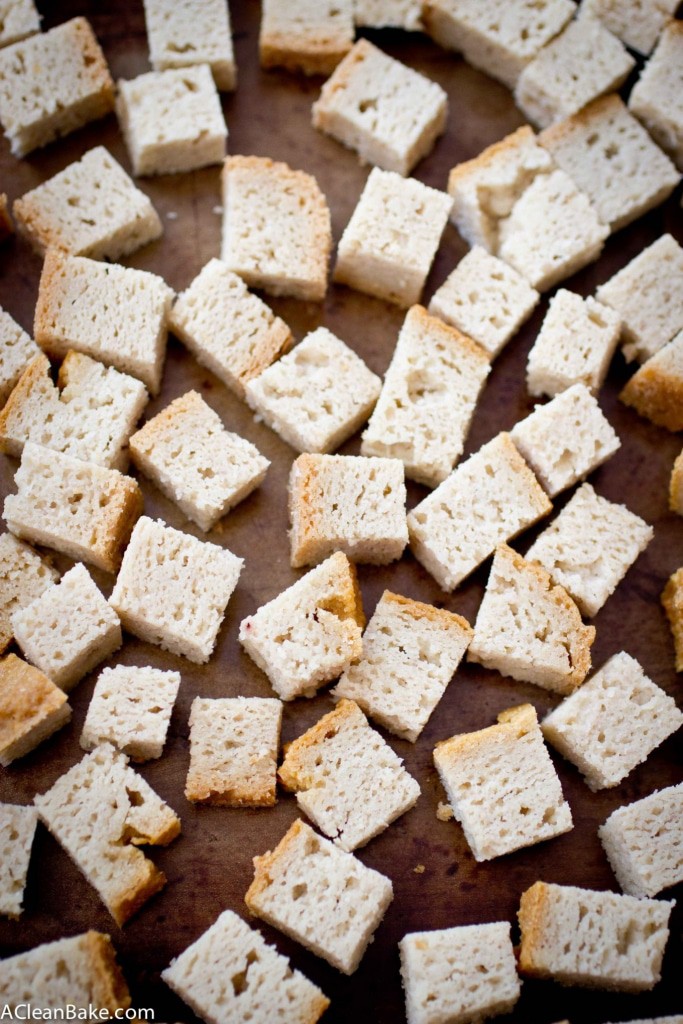 This post contains affiliate links, which means that if you click through and purchase a product, A Clean Bake receives a small commission. All proceeds go toward continuing to bring you delicious, healthy recipes every week, and this does not affect the price you pay. Thanks for supporting A Clean Bake!