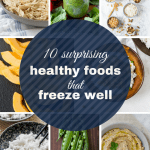 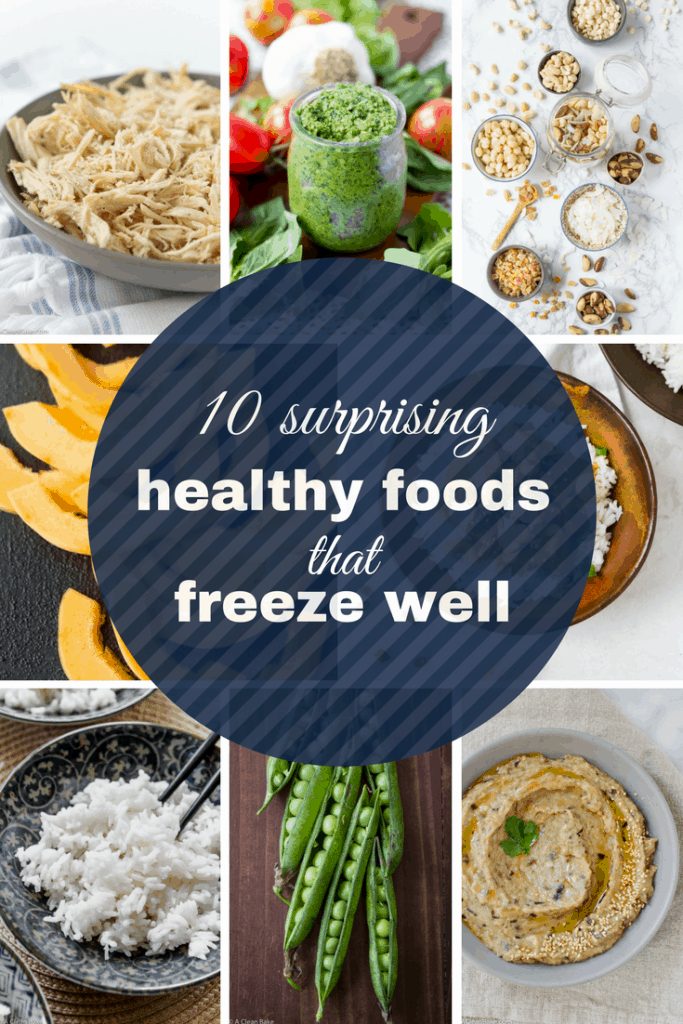 I think my all-time record for not grocery shopping was 5 weeks. I wasn’t out of town, I wasn’t eating out very much, and I did stop at the store to pick up odds and ends, mostly eggs for breakfast and baby greens to keep myself in salads.  Other than that, how did we survive? Hold on to your hats, folks, because I’m about to tell you the not-so-secret secret to healthy eating: The Freezer. 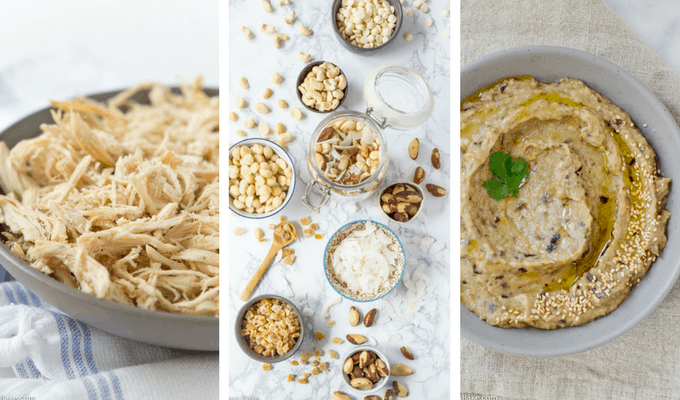 It’s kind of a joke in my family that if you’re looking for something to eat, it’s probably in the freezer. It was funny because it sounded like an exaggeration but was nearly always true, and if you don’t get the joke, you probably don’t come from a giant-packed-freezer-in-the-basement-in-case-of-the-apocalypse family, and you’re really missing out.

Not only have you been deprived the Christmas morning-like experience of rummaging through a secondary freezer and digging out the last – only slightly freezer burned, but still edible – tupperware of christmas cookies in February (when you really need a cookie, as well as a reason to remember a time that winter wasn’t the worst), but, and I hate the be the bearer or bad news here, think of the food and money that has gone to waste over the years due to spoilage, when you could have preserved it in the freezer and eaten it later.

I sing the praises of my second freezer to anyone who will listen and the two most common excuses for not doing this are:

“I don’t have space for a second freezer”.

Yes, ok, that’s fair. But your fridge does come with a freezer, right? So it’s not like you don’t have one. And sometimes it’s just a question of prioritizing the space.

Also, for the record, I live in a condo in the city so space is not exactly abundant in my house either, but I have a mini freezer (a slightly older version of this one [affiliate link]) and keep it in the guest bedroom closet.

“Once you freeze food, it never tastes the same”.

Also fair, because if you don’t freeze it right, it gets dried out, freezer burned or soggy when it is defrosted. So, before we talk about all of the healthy foods you can freeze, you should know the secret to avoiding your food being ruined by the freezer. Ready? It’s air. Or, really, lack thereof.

When you freeze something, do your best to wrap it as tightly as possible with as little air as possible. That may mean two tight layers of plastic wrap, a freezer-grade zip top bag with the air squeezed out, or an airtight container filled almost all the way (remember, liquids expand when frozen, so leave about 1″ of space between the top of a liquid food and the top of the container).

The other secret, of course, is not to forget about it. Everything wilts a little if it waits for you too long, so don’t get mad at the food when it’s not at its best after being at the back of the freezer for the last 18 months! 😉 As a general rule, I like to eat frozen food within 3 months of freezing it.

Alright, so now that we’ve addressed the elephants (woolly mammoth?  Other cold weather creature?) in the room, let’s dive in! 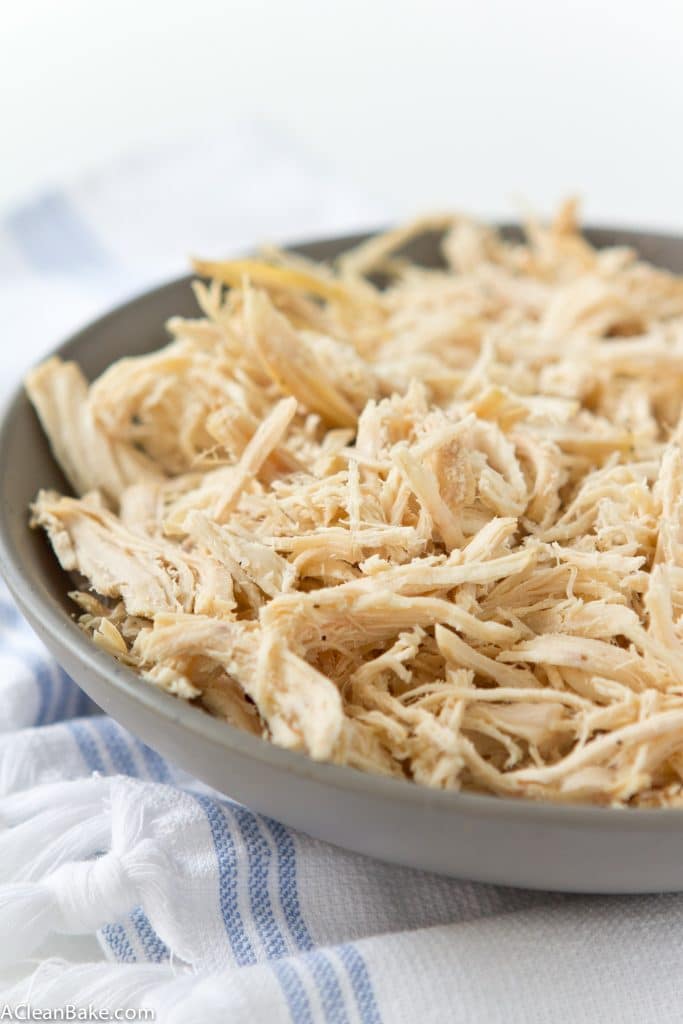 You already know that you can and should freeze raw meat, but one of my favorite lazy meal un-plannning tips is to freeze cooked chicken breast, pork chops, pulled chicken or pork, and burgers so that when it’s 7:00 and you forgot to figure out anything for dinner, you can pull some burgers and veggies out of the freezer, microwave them, and call it a meal. 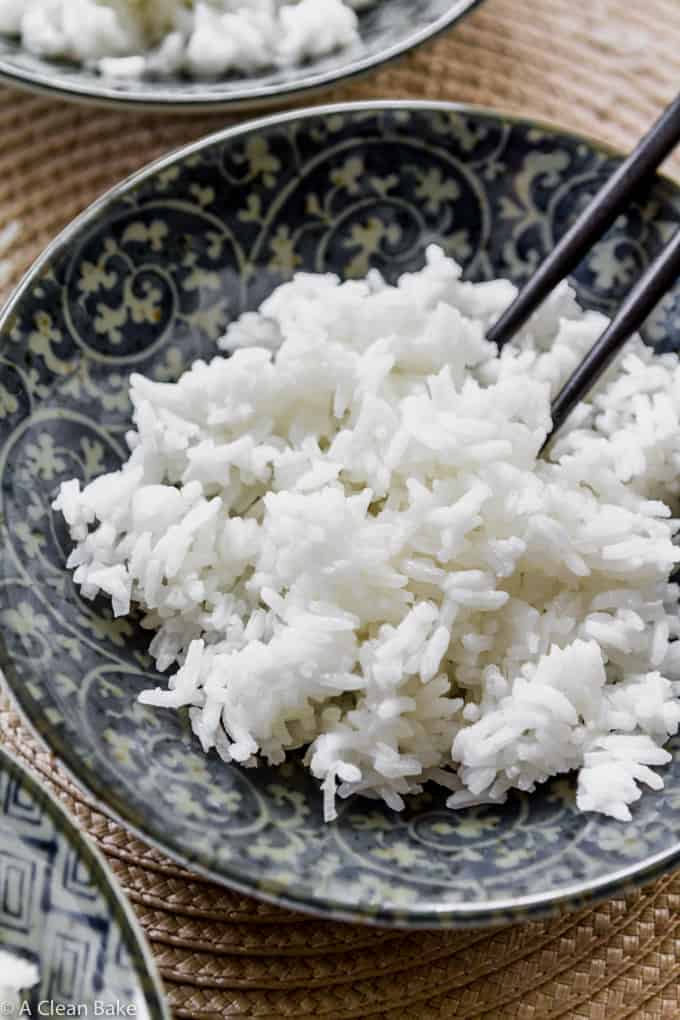 Cook it, drain it, toss it with some good quality olive oil (to prevent sticking) and let it cool. Seal it in an airtight container that it fills almost to the top, or – my preference – in a zip top bag (fold over the excess material from the bag to squeeze out as much air as you can before sealing). I like the bags better because you can lay them flat to freeze and stack them in the freezer to conserve space. 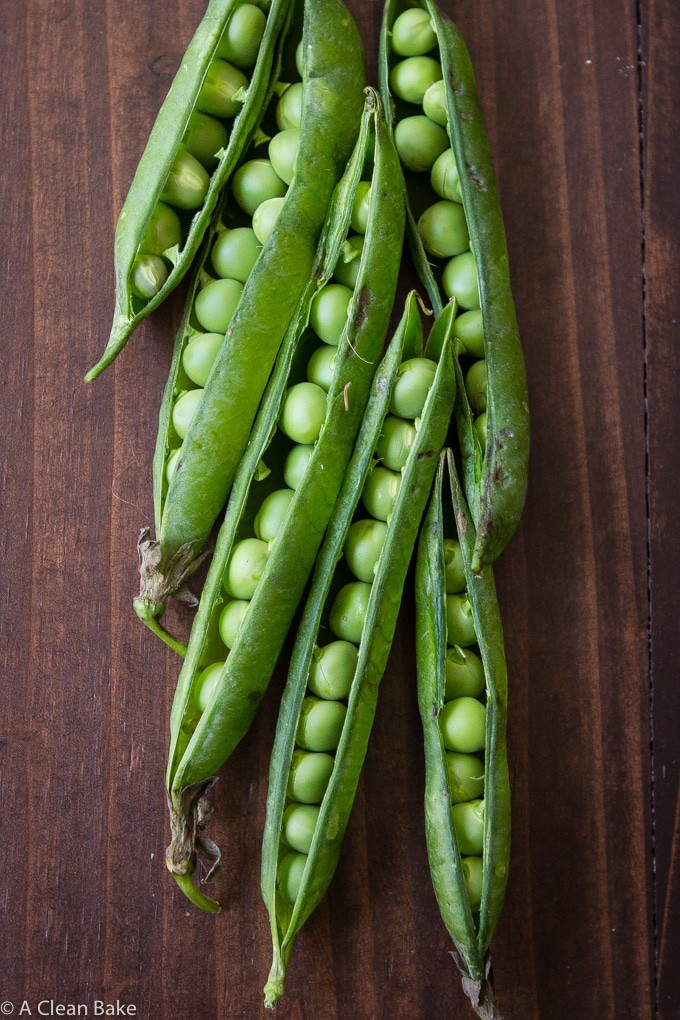 Prepare, seal and store them the same way you would cooked grains or pasta (above). It’s best if you choose sturdier vegetables like green beans, green peas, corn kernels, bell peppers and carrots. Foods with too much water like cucumbers and celery turn into ice cubes then defrost into mush, so this doesn’t work for every veggie. 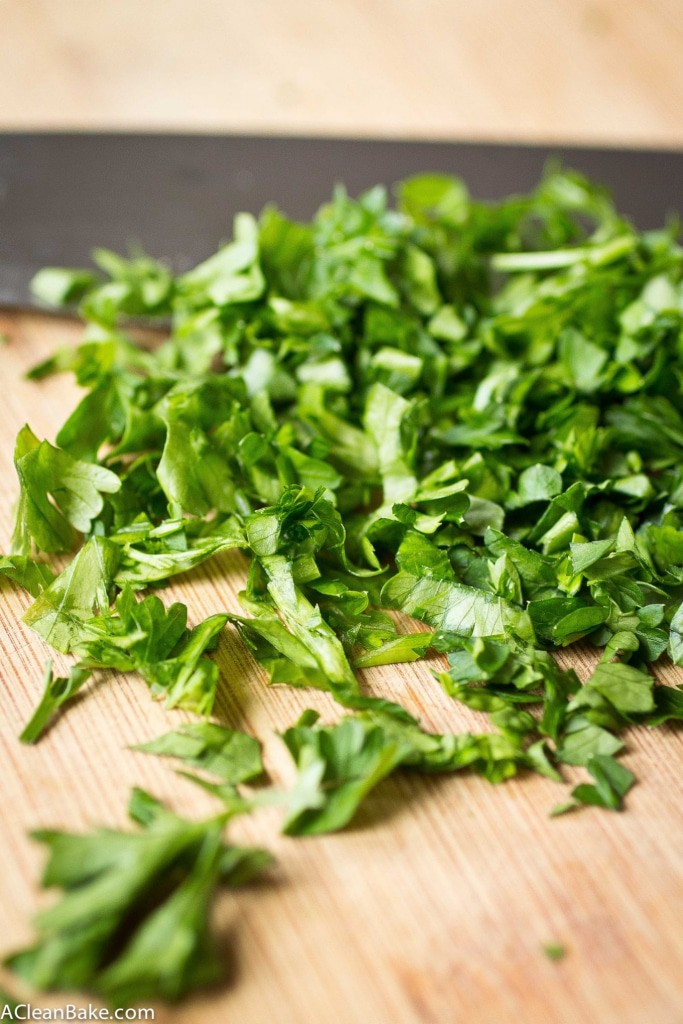 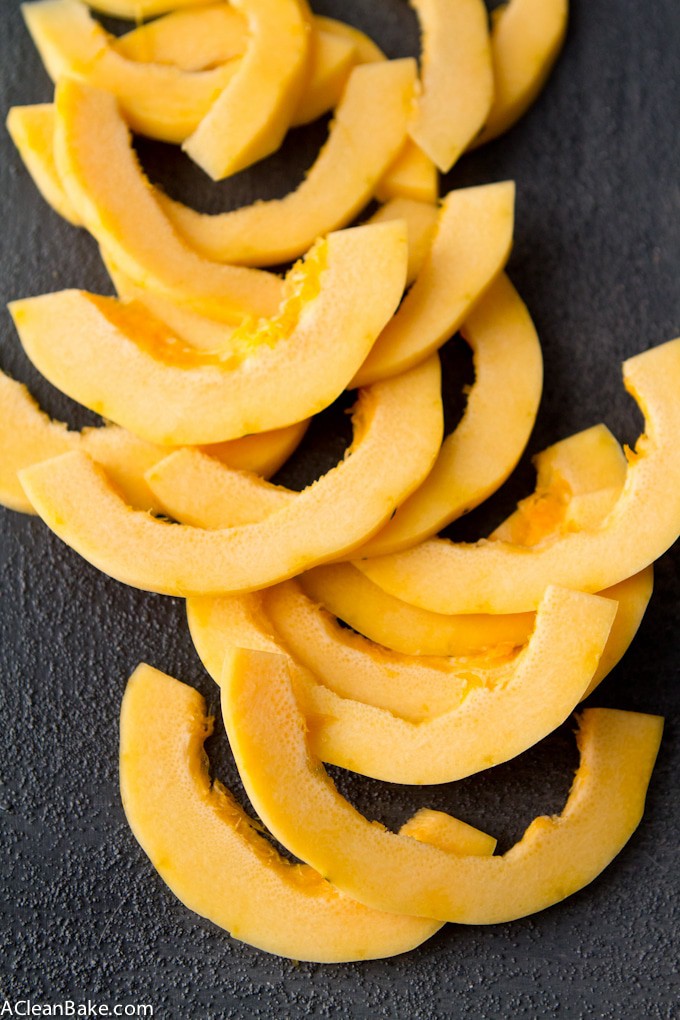 Anything in the pumpkin or pumpkin-esq family. Think sweet potatoes, butternut squash or pumpkin itself. Just roast or steam it, let it cool, mash it up and store it in zip top bags using the same method I described above for grains. You can also do this for canned pumpkin – in the event, for example, that you only use part of a can for a recipe – and spaghetti squash, which you don’t have to mash, of course. 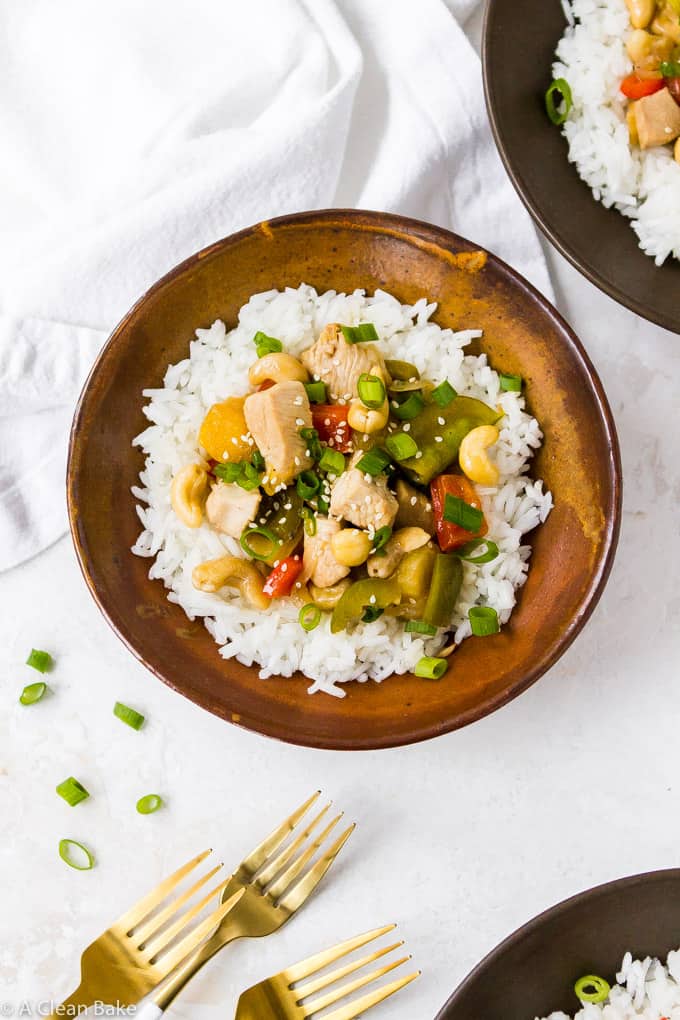 The same protein and veggies that stir fry well freeze well. Freeze in meal-sized portions so that you can defrost just the right amount when you need it. 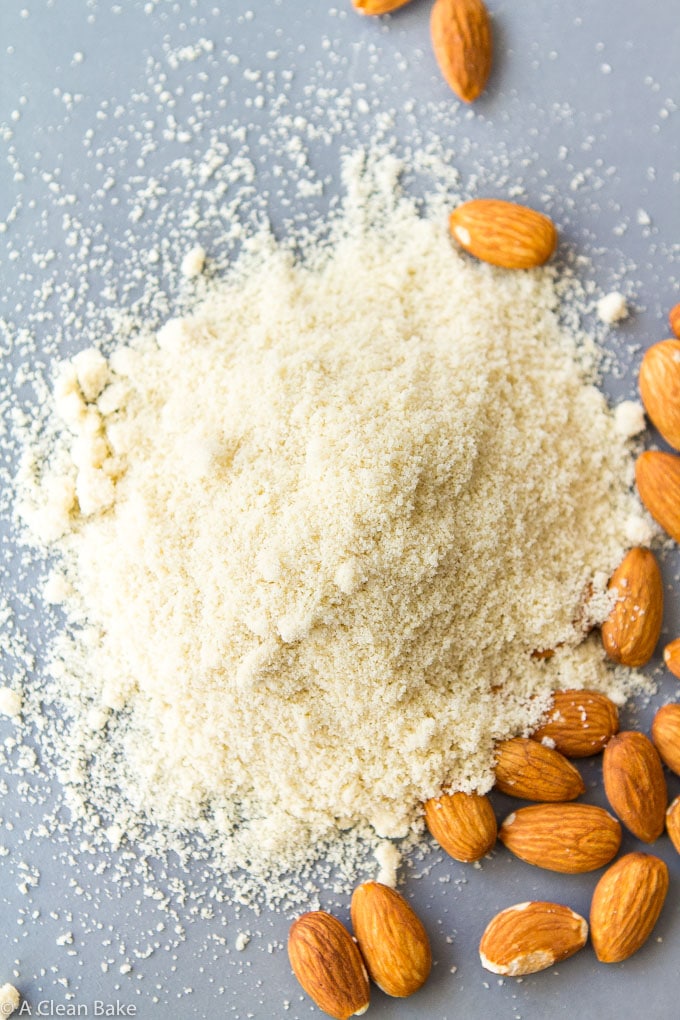 Grain-based or nut-based flours both stay fresh better in the freezer (and nut flours in particular, have a tendency to go rancid more quickly than you’d expect), so keeping the varieties that you don’t use regularly in the freezer maintains their flavor. 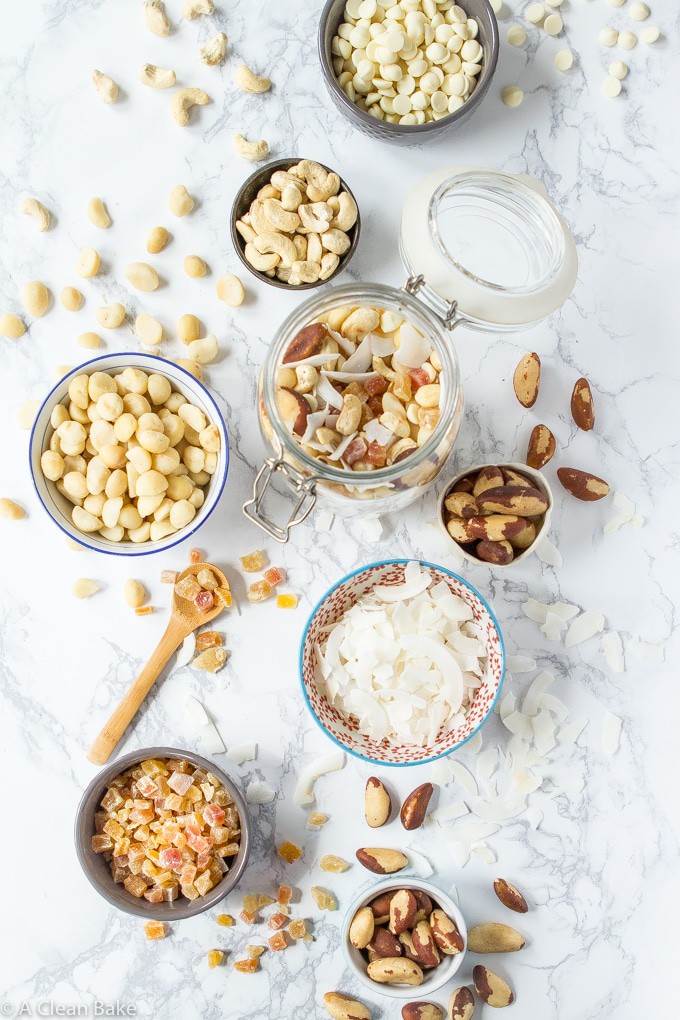 Similarly to flours, the oils in nuts and seeds deteriorate at room temperature and can go rancid, so keeping them frozen maintains freshness for much longer. Bonus: whether you’re stirring them into batter or eating them for a snack, you can grab them straight from the freezer. The only time you need to defrost them first is if you are trying to puree them, like for homemade nut butter.

Fresh herbs go bad quickly, so leaving pesto in your fridge for a long time is a surefire ticket to the garbage disposal. Save yourself the heartache of wasting this precious resource (YES I WORSHIP PESTO) by freezing it in smaller portions so you can defrost the perfect amount when you need it. 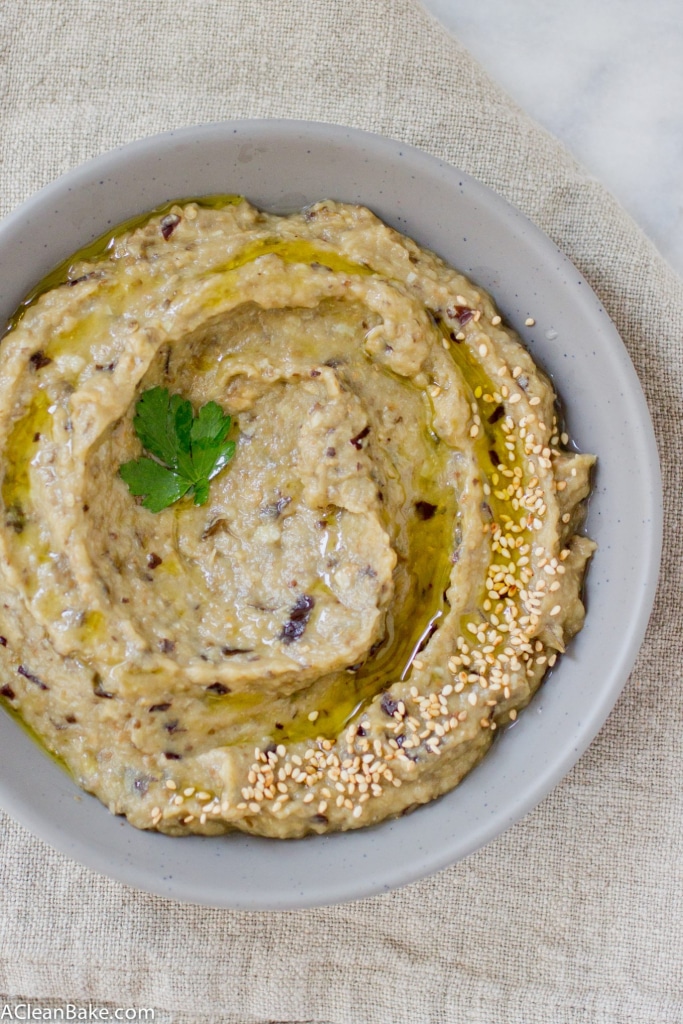 Same as pesto! It freezes well, so make it in big batches and save it for a rainy day.

Does that seem like a good start? Did I leave any of your favorite secretly-freezable foods off the list? Let me know in the comments below!